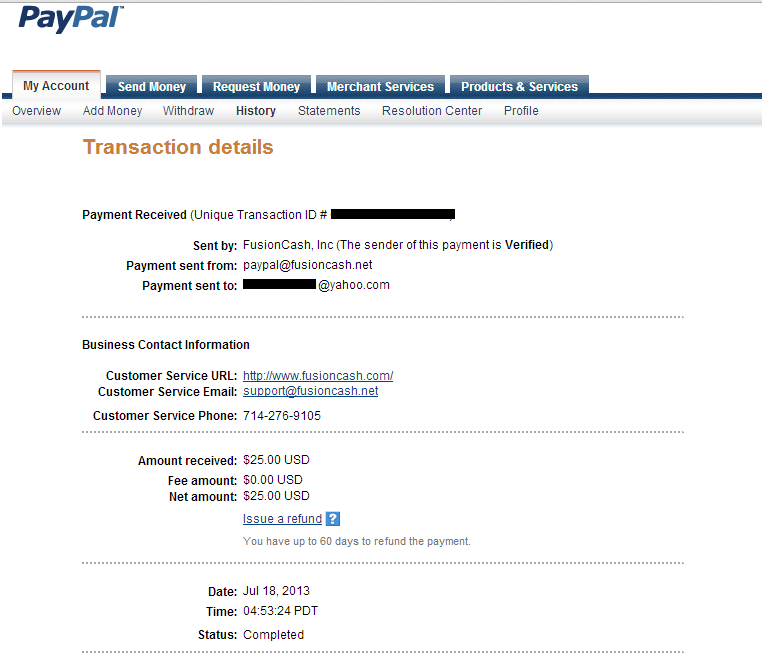 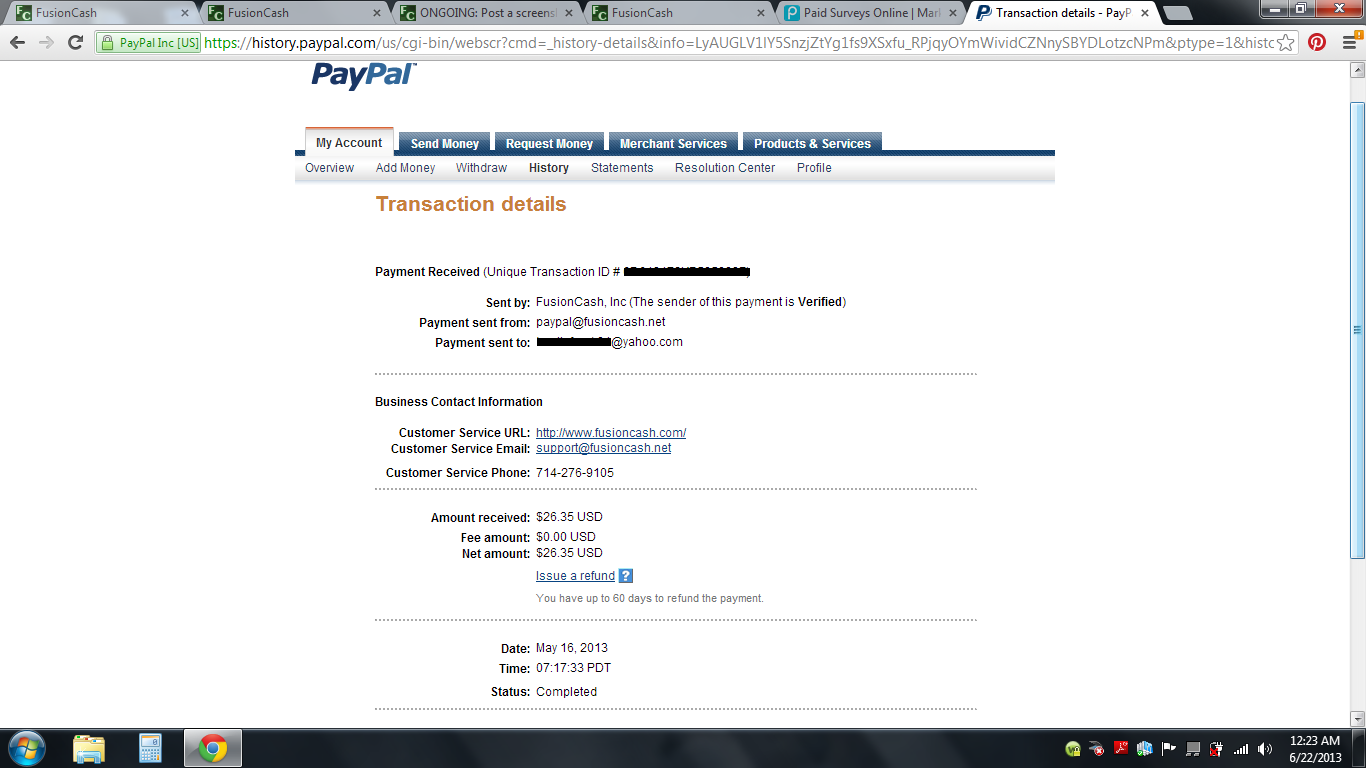 This image was posted automatically.
3

FusionCash / Re: Have you guys recieved any checks?

« on: April 20, 2013, 10:48:03 am »Message ID: 723667
Fusion Cash is not a scam as I have been paid several times.  I don't use checks, I use Paypal which I think is much faster and I don't have to give out personal account information.  It might take a while for them to get a check to you but you will get  your money.  You might consider Paypal because it's free and safe and you can have the money sent to your bank.
4

Off-Topic / Re: What was the first video game and/or system that you played?

« on: March 30, 2013, 10:04:27 pm »Message ID: 712465
The first video game system I played was an old Intellivision from the 80's.  My parents bought one when they were married and still had it by the time the Nintendo craze started when my sister and I were a bit older.  This managed to appease us until one of our cousins got the Nintendo and we begged for one until our parents bought it.  The first game I played on it was Super Mario Brothers and Duck Hunt.
7

« on: March 30, 2013, 10:01:01 pm »Message ID: 712464
I live in Indiana. Lately we have been fortunate to get some nice weather so I decided to clean up some leaves from the fall.  When I moved the leaves I was surprised to see that my tulips had already sprouted 4 inches above the ground!  Last weekend we had 9 inches of snow on the ground so I know these were there before the snow.  I am surprised they didn't die!
8

« on: March 29, 2013, 04:40:30 pm »Message ID: 711792
I love Paypal and my debit card is great too!  This way I have quick access to my funds.  I have never been charged any fees for my FC payments and I always get them fast.  I think it's the best way to go.  And instead of getting money at an ATM, I always just make a purchase at someplace that gives cash back, or if I can stand to wait I transfer it to my bank account which usually takes 2-3 days.
9

Word Chains & Countdowns / Re: What Offer Approved for you Today?

Off-Topic / Re: do you talk to your neighbors?

Honestly, I think gun control measures will not work.  Why?  Because people can make guns at home from a variety of objects and materials.  Youtube it, and you will see.  There is a video of a gun made of a block of wood and a piece of brake line.

Gun control will also not do anything to curb violence.  In countries where guns are completely banned, there are still acts of violence.  There are mass killings.  Except, in those cases they are done with "melee" weapons, such as machetes, axes, hammers, knives, bats, etc.

I like this answer.  Until our country starts taking mental illness seriously people will still get guns that shouldn't have them.  I'm not sure what would make it easier to identify people who shouldn't have guns (besides people with violent crimes on their record) but taking away guns from law abiding people isn't the answer.  Criminals will still get guns whether they steal them, buy them at a gun show or off the black market, or use fake identification.  That's why they're criminals, they don't follow the law.
15

FusionCash / Re: change of cash out policys

« on: March 23, 2013, 07:39:54 pm »Message ID: 708989
I definitely agree that getting the $15 in offers makes cashing out more difficult.  It would make things so much easier for us wouldn't it?  However, if Fusion Cash didn't ensure that it's advertisers were getting traffic, then they would not get paid and therefore could not pay us.  I feel that is the same reason it takes a month for us to get our earnings.  They have to make sure we are legit so that they do not lose money.  I think that even though these things are difficult it is what makes Fusion Cash the trustworthy GPT site that it is.
Pages: 1 2 3 ... 12